It’s no longer possible to get things done the way we used to without the aid of modern technology. It doesn’t matter if you’re making a purchase, watching a video, or taking a class entirely on the internet.

We are tethered to our devices. Having a fast and reliable internet connection and computer system is a must-have for today’s society.

However, we must keep in mind that the performance and efficiency of the system are affected by the amount of time spent using a computer. 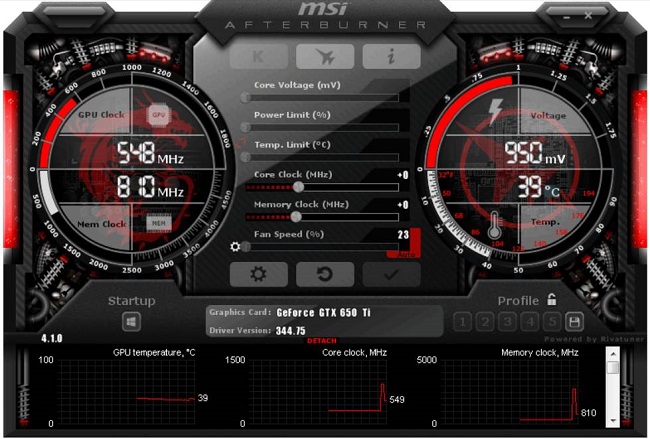 To keep the system working smoothly, we must periodically upgrade the hardware. It’s expensive to keep upgrading your hardware every time your system stutters.

We can improve the system’s performance in a variety of ways. Overclocking is an example of this.

It refers to boosting the clock speed of PC components such as CPU, RAM, and so on. There is a wide range of software that aims to boost the performance of a computer by raising its speed.

The following are the top four overclocking programmes –

In order to boost the system’s performance, MSI Afterburner utilises GPU overclocking technology. This programme is not only compatible with MSI GPUs, but also EVGA and even Nvidia GPUs.

When it comes to overclocking GPUs, this is the best and most popular programme on the market. It is a Windows application.

AMD Overdrive is a tool for increasing the processing speed of AMD (Advanced Micro Devices) CPUs.

When it comes to CPU overclocking, this is the greatest programme out there. The programme, on the other hand, isn’t compatible with every type of CPU because of hardware limitations.

For AMD Ryzen processors, the overclocking software AMD Ryzen Master was created specifically for you. The Ryzen CPU can be overclocked to its maximum efficiency with this programme.

This is a new piece of software, and it may have bugs. However, it is extremely efficient and compatible, as it is part of the Ryzen family.

Setting the system’s FSB (Front Side Bus) speed with SetFSB is not technically an overclocking software, but rather a tool that aids in doing so. As the CPU speed increases, so does the front side bus speed.

All but a few of the processors operate at a speed that exceeds the FSB’s maximum speed. As an example, a Pentium 4 processor clocks in at 2.44 GHz, and its bus speed clocks in at 400 Mbps.

They have a six-to-one advantage. In general, the processor’s performance is improved with the help of this programme.

So far, we’ve looked at some of the most popular tools for increasing the speed of a computer. Everybody is rushing about these days. Getting things done quickly is a common goal for everyone.

Every time the system hangs, it puts a halt to our work. When presenting a presentation in front of your bosses, this appears quite unprofessional. Because of this, new approaches have emerged as a result of technological progress.

Overclocking was a viable alternative to a hardware upgrade when speed-related issues arose in the system. Keeping our computers in good working order is essential.