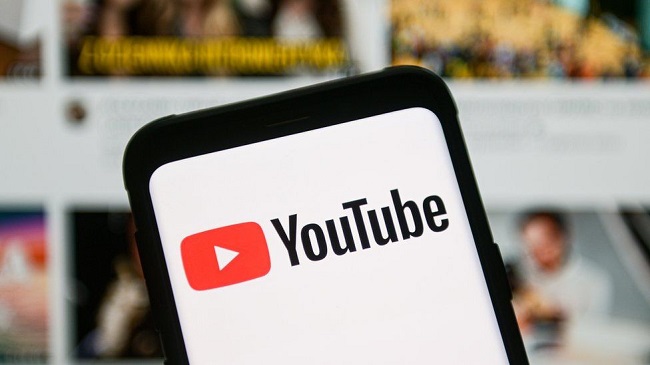 YouTube is one of the most widely used online video-sharing services in the world. It’s possible to create a profile and to post videos, browse videos, and leave comments on videos.

The ability to profit from YouTube channels is a well-known fact. It’s a method of distributing your videos online.

Some national channels and exclusive material have been added to YouTube’s premium service. The most popular video-sharing website and app nowadays is YouTube.

For sharing, uploading, and watching videos, these are the 15 best alternatives to YouTube. Here are the finest YouTube alternatives. See what we can find.

The Vimeo app has a limited selection of streaming options. Video content providers can post videos of any length thanks to this app.

High-quality content has been made freely available to the public through collaborations between Vimeo and various studios and producers.

Vimeo does not limit the length of the films in this instance. Depending on your package, the site limits the amount of data you can upload each week.

However, Vimeo does have a “tip jar” option underneath the films, but does not advertise a way to make money. Users can submit videos up to 500 MB per week and 10 videos per day with the free basic plan.

It costs $9.95 a month to upgrade to the Plus plan, which provides 5GB of storage every week as well as the ability to view videos in 1080P HD.

One website that could compete with YouTube and other popular video-sharing websites is Dailymotion. Founded one month after YouTube and its other competitors, it is a new player in the online video market.

Users of YouTube can do the same by uploading and browsing videos. More than 300 million people use the site each month to watch professional and amateur videos.

Additionally, Dailymotion enabled monetization, allowing users to earn money based on the number of views their videos receive.

If you want to join the daily motion, you don’t have to pay anything. Users can post movies for free, but there are a few rules they must adhere to before they can.

Video uploads are limited to a maximum of 2 hours each day, with a maximum duration of 60 minutes per video. The file sizes are similarly 2 GB.

Streaming service Crackle is owned and operated by Sony. In addition to classic and current TV shows, Crackle also features a number of unique series developed solely for the site.

If you want to build a watchlist, you’ll need to sign up for a free account first. Users cannot submit videos to crackle, to put it another way.

Twitch is a platform for gamers to broadcast their gameplay in real time. Content providers can monetise their twitch channels, but YouTube gets a smaller share of the revenue.

Users will be able to post both live and previously recorded video to twitch when the service focuses on live broadcasting.

Streamers with a large following are advised to watch reruns and premieres of popular shows. To make use of this function, you’ll need to be an Affiliate.

Since the last 30 days, you must have streamed for at least 500 minutes and had three or more viewers to qualify as a Twitch Affiliate. You currently have 50 users on this app. It’s still completely free to join as an affiliate.

One of the finest alternatives to YouTube is Instagram TV, a video platform that allows users to create their own material and share it with others.

Instagram allows users to follow a variety of channels and see the most recent uploads in a feed. Instagram users can use it to create short video clips, and it is open to everyone.

Instagram videos have a vertical aspect ratio, which makes them easier to see on mobile devices. The length of the video might range from 15 seconds to 10 minutes.

The maximum video size is 650MB. Upload films up to 60 minutes in length and files up to 3.6GB in size with a confirmed account.

Allows consumers the convenience of uploading and accessing material on a single platform.

It’s completely free to join and upload videos. The average length of a video on this app is between 90 and 180 seconds.

Short videos can also be made by users. For users, the maximum file size is 100MB. Nakedness is also not permitted in the file.

In the United States, there are several aspects that are not available elsewhere, such as studio-produced television shows from the main networks.

Otherwise, there is a different region that has access to user-generated content. Also, we can begin uploading movies at no expense to us.

When it comes to submitting videos to Veoh, there is no limit on how many videos you can upload. In addition, it offers a more user-friendly interface for getting around the site and disseminating information.

In addition, many users are taking advantage of the social capabilities, making it easier to share movies with your friends and the Veoh community.

In order to construct a decentralised video database, Dtube employs the blockchain technology of the internet. For free and with a simple user interface, users can upload their own videos.

Users can post whatever they want on these websites without fear of it being removed because they guarantee that they will not be censored. You are free to express your thoughts without fear.

An ad-free platform is available on this site. You can make money from your posted videos. There are no limitations on the file size or video length in this software.

A easy method is to make use of the restricted bandwidth provided by your internet service provider.

9GAG is a video-sharing and social networking application. There’s a strong Hong Kong influence here. Gifs, movies, and images can be shared on 9GAG.

In this case, administrators can determine whether or not to make it public. There is no way to make money from this site. 9GAG owns all of the stuff you post.

Finally, this is a wonderful site to peruse because it features some of the most popular memes on the internet.

The primary goal of the Open Video Project is video preservation. However, despite the fact that it is free to use, the website’s interface is archaic and difficult to navigate on mobile devices.

Video entries are not accepted for the open video project. We’d love to hear about any other videos you’d want to contribute to the project.

The website administrators can also be contacted. Aside from that, the website’s primary goal is to serve as a teaching tool.

There are instructive and historical films available here that cannot be found anywhere else.

Originally founded in 1988, the website currently hosts millions of digital videos, including classic documentaries and instructive films from the past three decades.

BitChute is a peer-to-peer video sharing service that makes use of torrenting technologies. The site was launched in response to YouTube’s decision to demonetize political videos.

Uploading and sharing content is completely unrestricted on our website .There is no central repository for this file. In BitChute, video and content sizes are unrestricted.

As though you were seeding a torrent, you can upload videos and watch them on your PC or smartphone.

No ads or censorship are allowed on PeerTube because it is a peer-to-peer video sharing network. You have complete freedom to post whatever video clip you choose.

When a file can be uploaded. Similarly to torrenting, you may also distribute it from your computer over a peer-to-peer network.

More than a million videos can be found in the Internet Archive’s video section. To ensure that video is accessible to the general public, the purpose is to archive the content.

Old documentaries, television shows, and movies in the public domain can be constantly added by users.

Modern movies from big studios cannot be found in the Internet Archives, but it has one of the greatest repositories of public domain film and content uploaded by users.

The site and the uploading of videos are free for users. It’s free to use, and there are no limitations on the number of videos you may upload.

As a result, the service discourages users from uploading more than 1000 files or big files of more than 50 GB.

It’s possible to share real-time film of events that aren’t usually reported by the mainstream media using the LiveLeak app. Users have been able to post footage of catastrophic situations, which has sparked debate.

Videos containing graphic content, such as shootings or deadly accidents, can be found in this app. There are no limitations on what users can upload.

The substance of the films must not be prohibited in the United States and must be tied to a current news story.

User monetization does not exist here. Though not as popular as sites like YouTube, Liveleak is still a viable alternative for streaming videos.

Vloggers can use the Vlogs to post their videos online. Politics and current events make up the bulk of the content. The user-uploaded videos on the site are not subject to any limits or rules.

When the website first went up, users were able to upload films for free. Currently, you must sign up for a paid membership in order to upload videos.

Second-level membership offers ad-free browsing and file uploads of up to 1 GB. The ability to live stream your videos is included with Level 3 membership.

In the United States, YouTube and other video-sharing sites are available. You may make money with these alternatives to YouTube.

All sites and apps are created for leisure and amusement, at the very least, that much can be said. You can also learn new things and unwind at the same time.